(Updated 10:42 p.m. ET) The captain of Carnival Horizon confirmed that the US Coast Guard has recovered the body and the guest is deceased. The ship has been cleared by the Coast Guard to resume its course.

A guest sailing on Carnival Horizon jumped overboard on Wednesday evening as the ship was sailing away from Grand Turk. 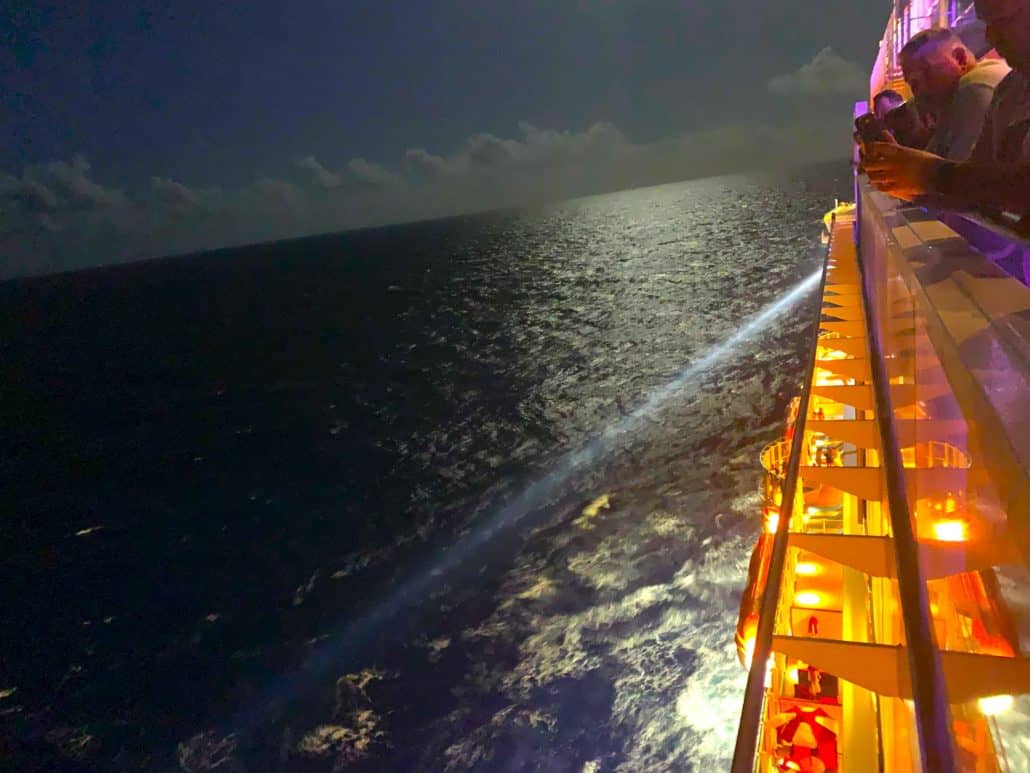 A passenger aboard the ship reached out to Cruise Radio, saying “The captain just confirmed that the security cameras caught a man overboard today at 19:10 on our cruise on the Carnival Horizon,” they said. “We have been searching for an hour.”

A spokesperson for the cruise line said, “Carnival Horizon is currently conducting a search for a guest who jumped overboard from Deck 11 on Wednesday at approximately 7 p.m. ET. The ship had departed Grand Turk, Turks & Caicos Islands, at 5 p.m. ET.”

The statement went on to say, “The ship’s command immediately began search-and-rescue procedures, returned to the area near where the incident occurred and notified the U.S. Coast Guard. Carnival’s CARE team is providing support to the guest’s wife who was traveling with him.”

As of 10:00 p.m. ET, Carnival Horizon was still circling the area in an attempt to locate the man, but he remains missing. 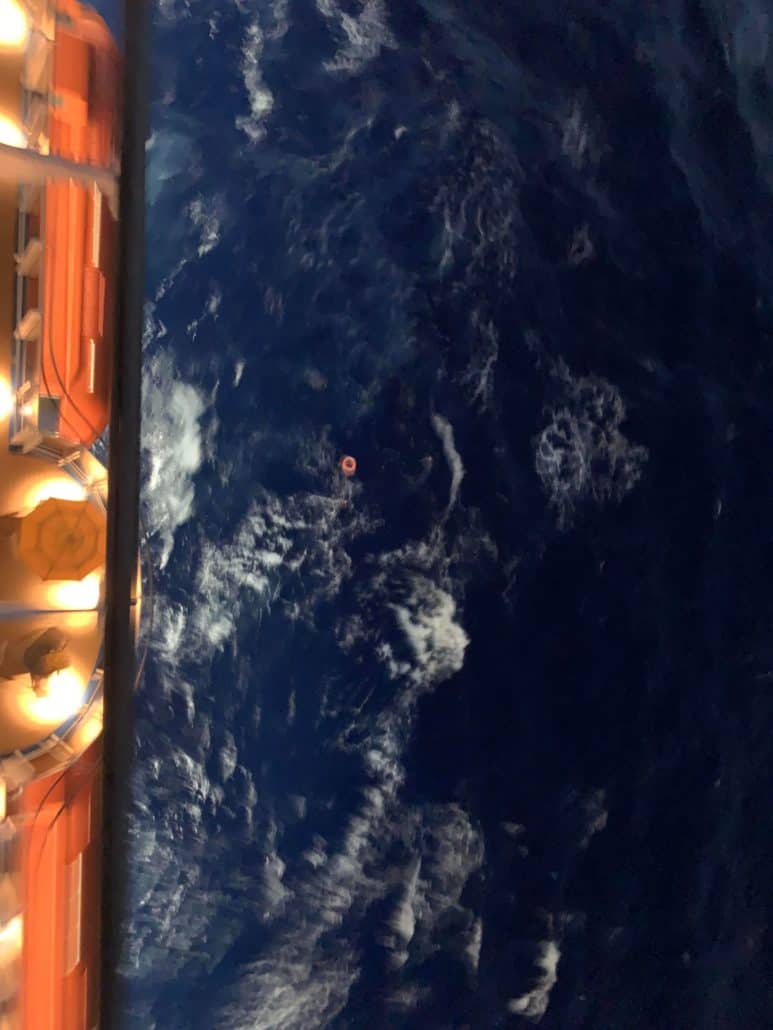 Just after the passenger was reported as having gone overboard, the ship’s cruise director got on the public address system to inform the guests what was going on.

He said, “A suspected man overboard situation has been reported, we will be returning to the area in an attempt to assist in search and rescue activities. If you see the missing person, please contact guest services immediately.”

Carnival Horizon is currently sailing a six-night eastern Caribbean voyage that left PortMiami on Sunday, March 13, and returning to Florida on Saturday.

READ NEXT: Norwegian Forced to Cancel Sailing Mid-Cruise After Ship Ran Aground