Executives from Royal Caribbean Group, Silversea Cruises, and Fincantieri attended the ceremony and gala dinner, along with local dignitaries and other guests. 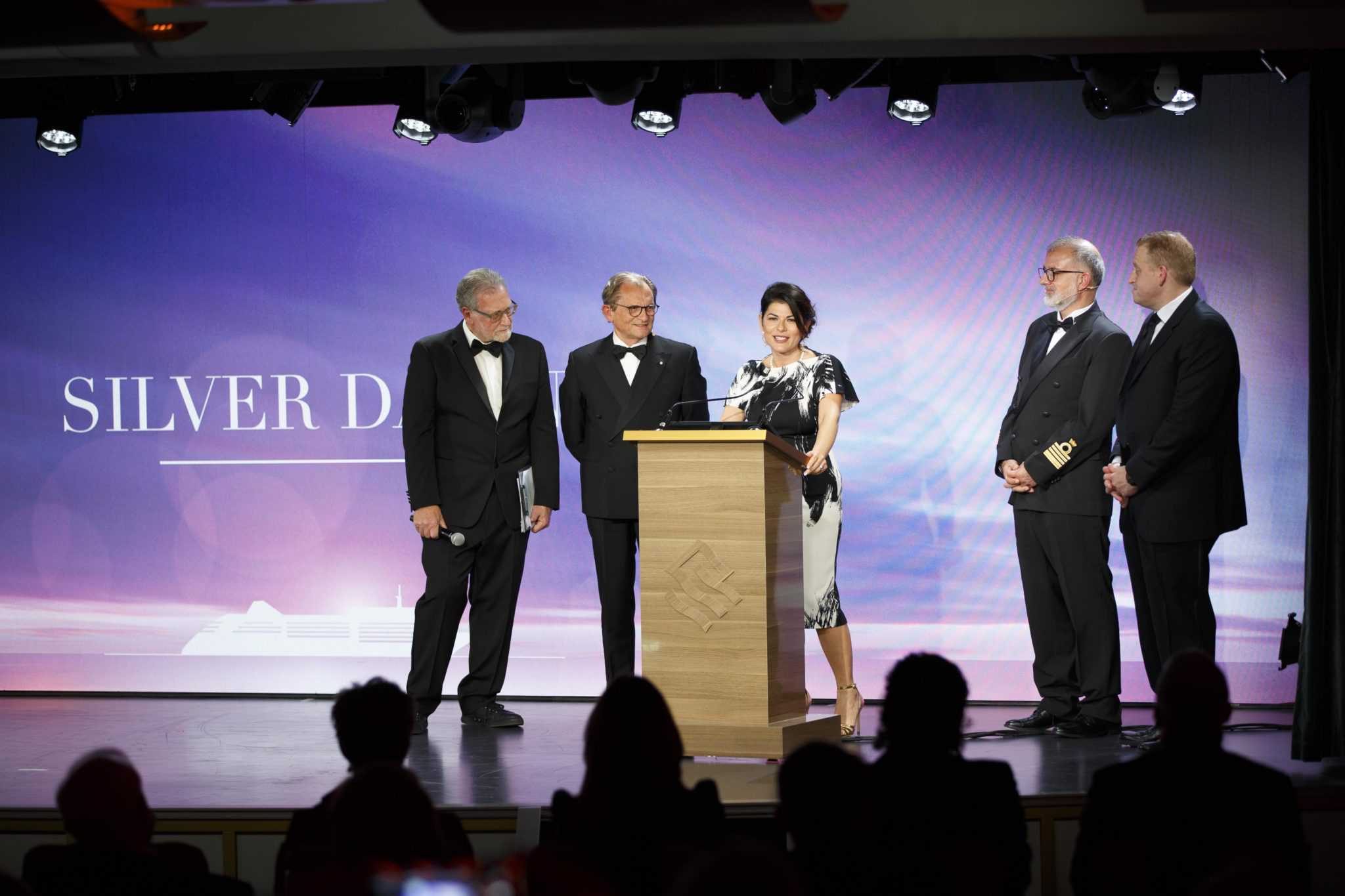 After Royal Caribbean Group’s customary bagpipe performance to open the ceremony, performers took to the stage with a performance that weaved a narrative from the 2021 launch of Silver Moon to the launch of Silver Dawn. Singers sang the national anthems of the USA, Italy, and Portugal before religious leaders blessed the ship and dignitaries delivered speeches.

The newly-named godmother of the vessel — food and travel editor, tastemaker, and TV personality Nilou Motamed — then cut a ribbon that triggered a champagne bottle to smash on the ship’s hull. 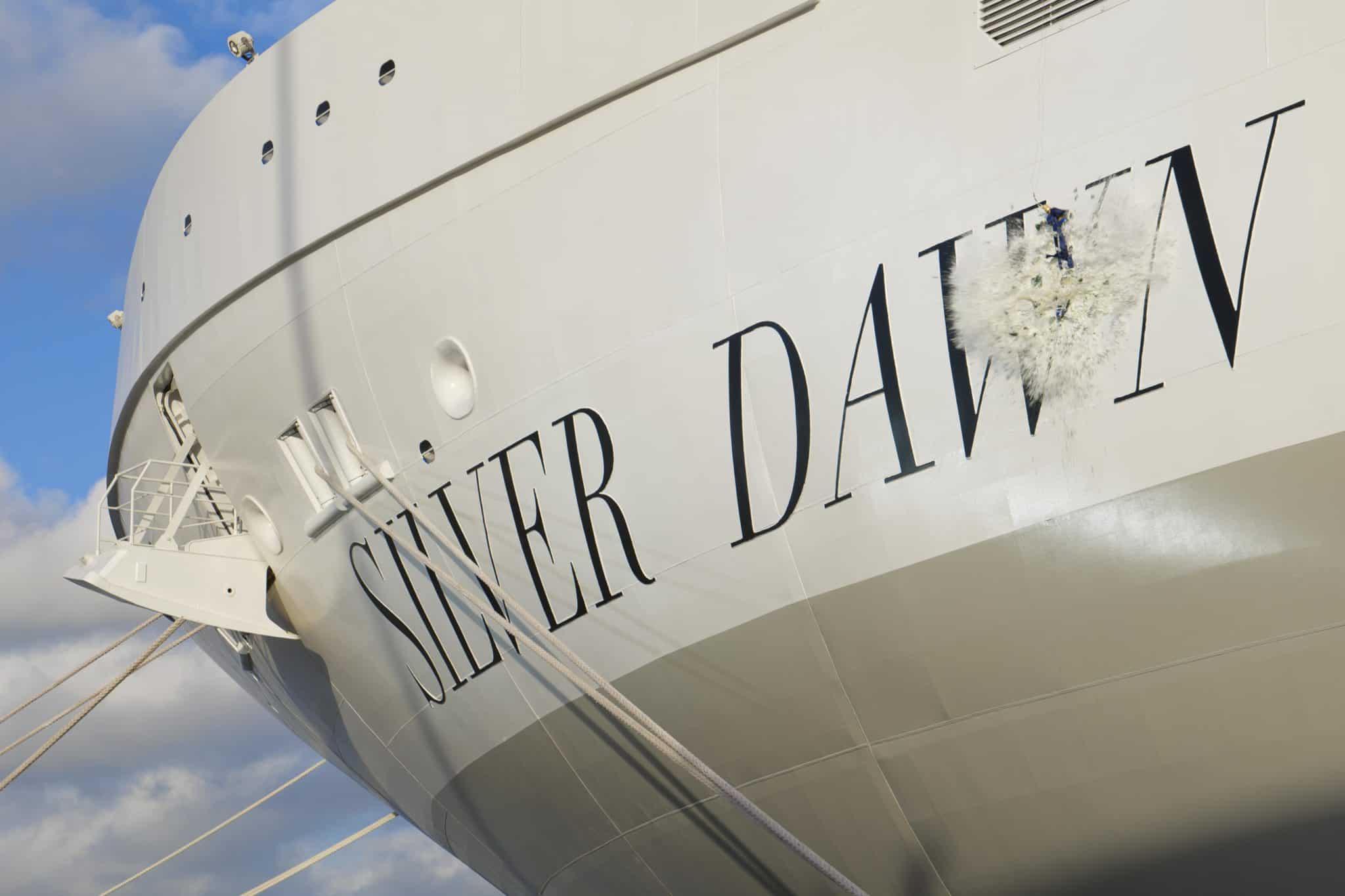 Otium is the only wellness program at sea that incorporates champagne, chocolate, and other gourmet snacks; signature cocktails; in-suite experiences; a Roman-influenced spa; and a wellness journey that extends throughout the ship. The program is grounded in the philosophy and traditions of the ancient Roman lifestyle, in which “otium” was a period of time dedicated exclusively to leisure.

Silver Dawn‘s expansive spa is located on deck six, and has been completely redesigned compared to the sister ships.

Silver Dawn is the cruise line’s third new ship to debut in nine months. She sets sail on her inaugural voyage today from Lisbon to Barcelona.

The vessel is scheduled to sail in the Mediterranean until November, when she will cross the Atlantic Ocean to begin a season of voyages in the Caribbean and Central America.